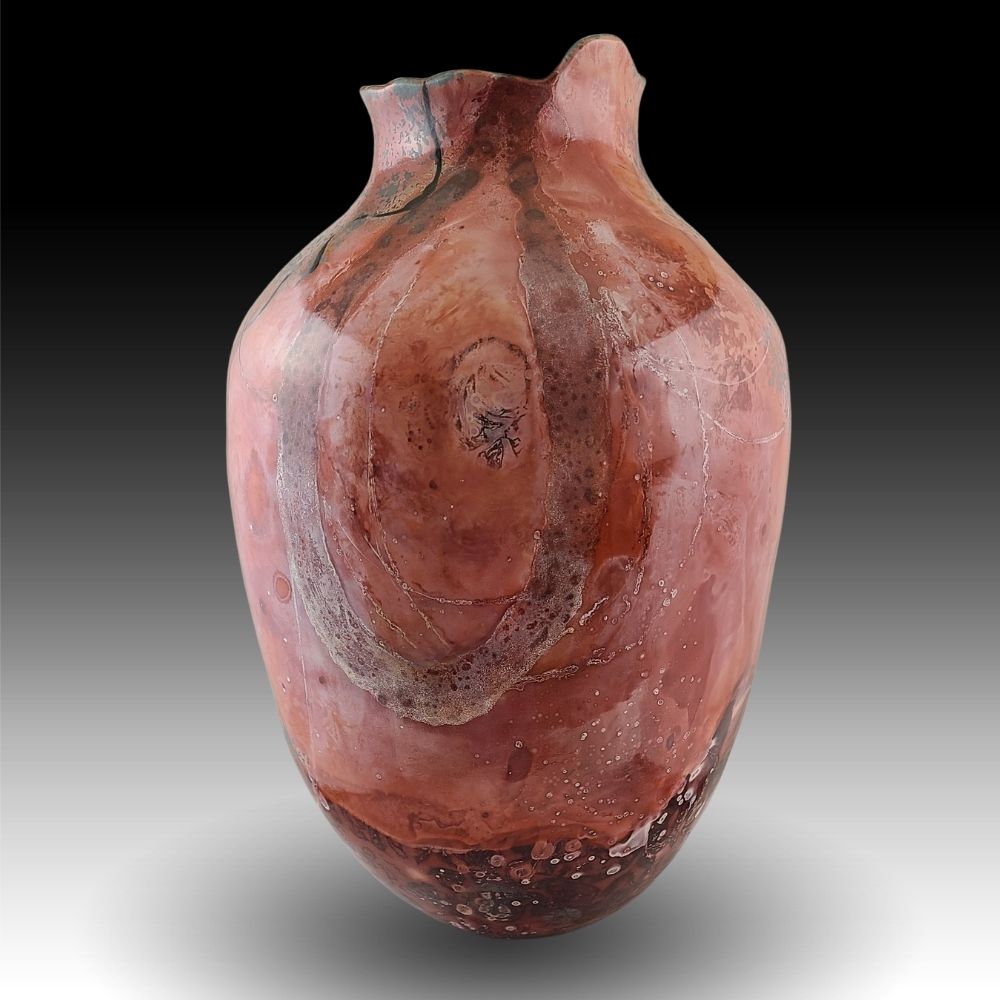 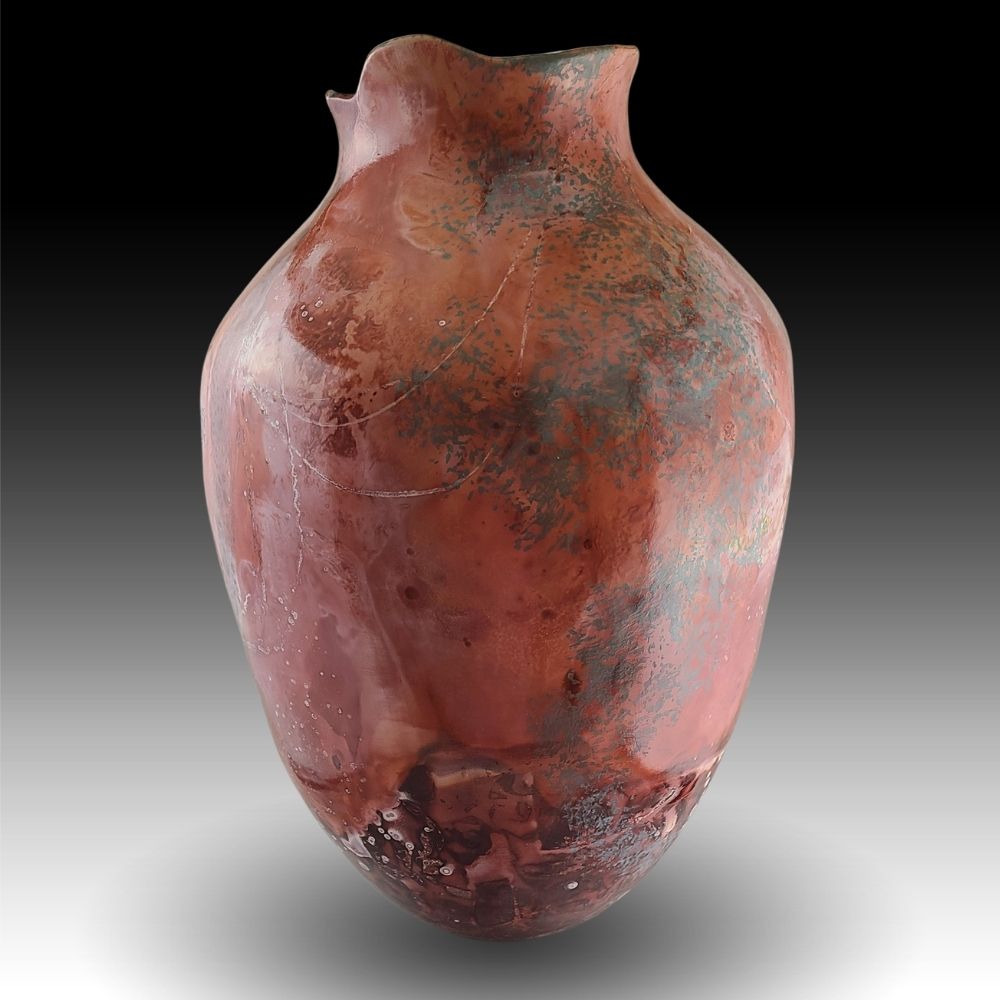 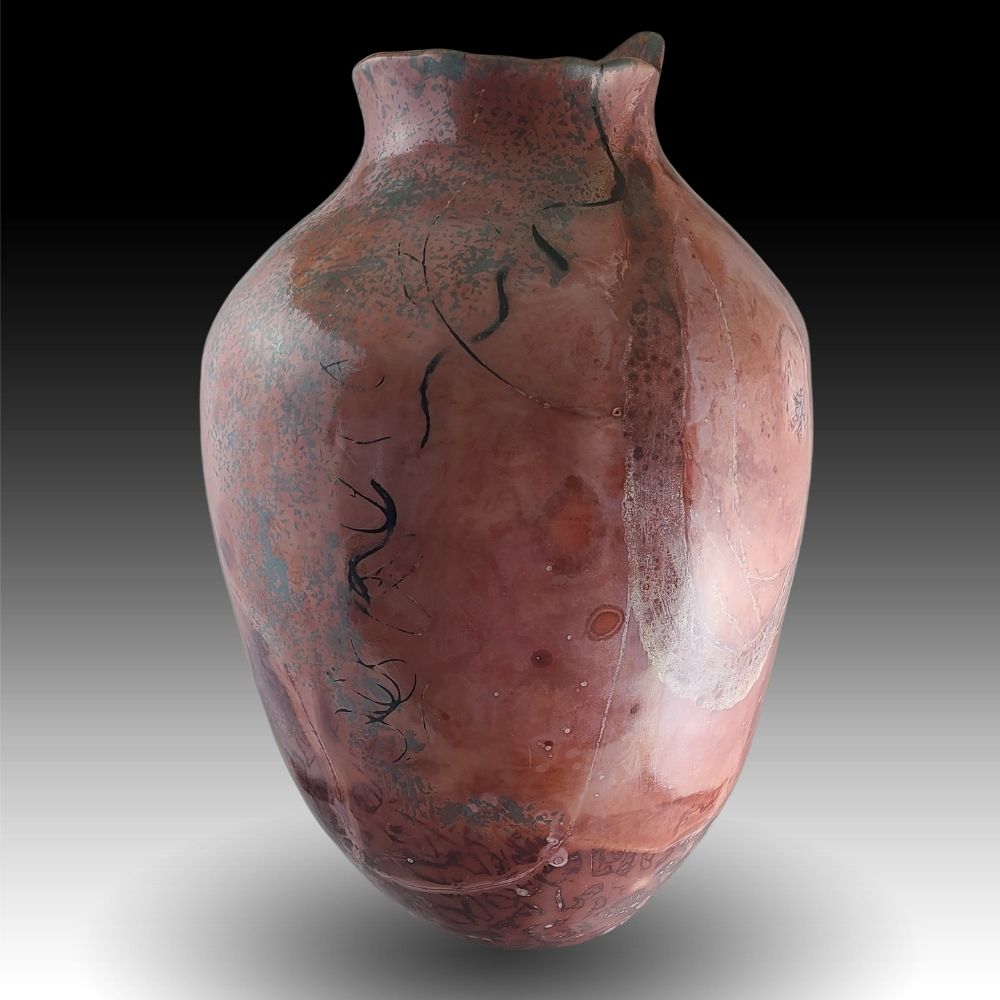 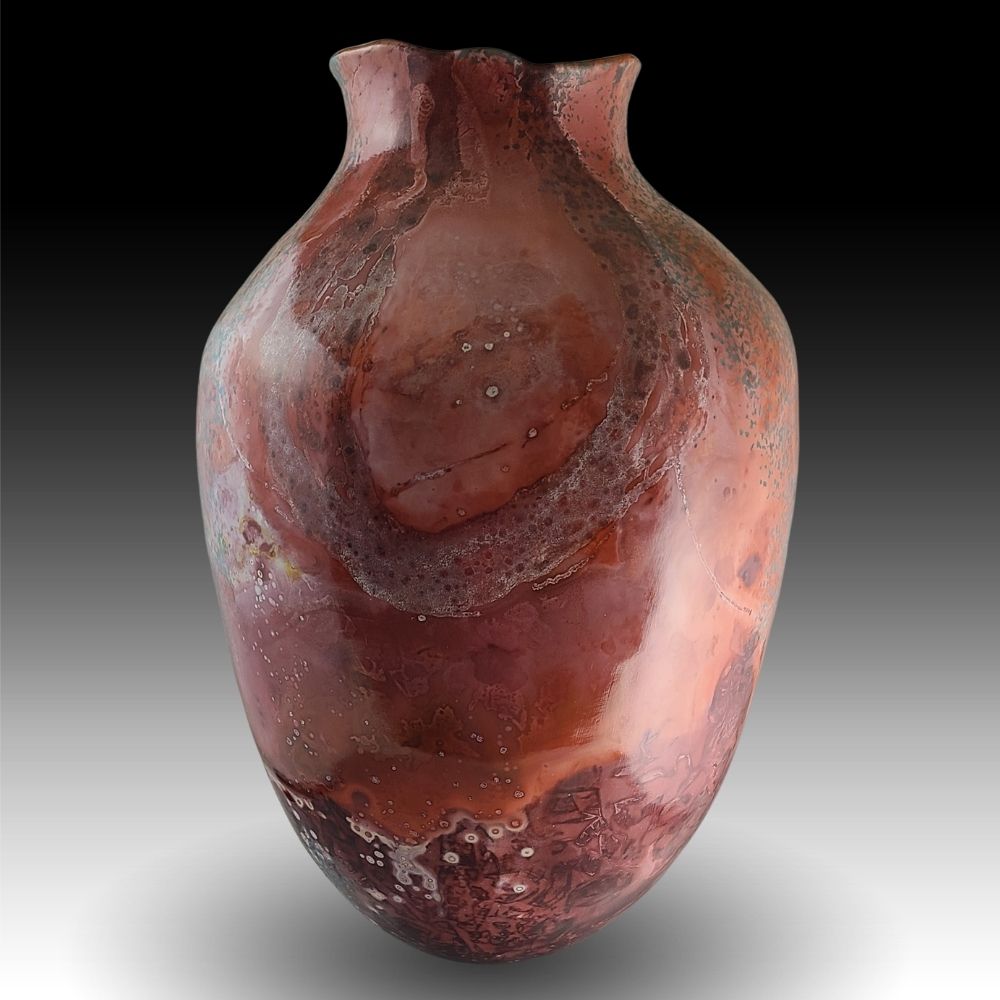 “In the Beginning… God created the heavens and the earth, and the earth was without form, and void, and darkness was upon the face of the deep.” Genesis 1:1. A verse that inspires all manner of metaphors, visual and literary, and encourages our imaginations to run wild. First of all, since God is eternal, when can we say was the beginning? And how long He took to create the universe surely must be measured in the length of His days, not ours. I’ve always found this to be extremely humbling. We attempt to learn about the universe, but with each new discovery, more mysteries are revealed. It’s a continuing process of discovering the depth, length, width and power of the one who created all.

So, this piece, which instantly told me its name was “In the Beginning…” contains visual metaphors, the lighter aspect above, the darker below, specks of light which could be stars, a black corkscrew shooting through space which might be energy uncoiling itself, and even some petroglyphs (I certainly didn’t put them there!) which speak of a passed civilization. And finally, a shower of water sent to cool the surface, depicted by some slip combined with copper carbonate.

In the Beginning…  is hand-built with my favorite Laramie Formation pure white native clay, which I dig and refine myself.

My current preferred firing method, fumed saggar firing, actually requires 2 firings – one to 1763ᵒF to harden the clay, with nothing more than a super-refined white slip air brushed on the bone-dry piece, and perhaps a little additional color, in this case some more of that white slip tinted with copper carbonate blotted onto the surface.

The second, more dramatic firing creates the rest of the color. Once immersed in ferric chloride and dressed with various combustible elements such as sawdust, sugar, copper wire and horse hair, each piece is tightly wrapped in crumpled aluminum foil, loaded into the kiln and allowed to fume while firing to the target temperature of 1300ᵒF when I shut down the fire.

The work is then removed from the kiln after cooling to <200ᵒF, gently washed, dried and vigorously burnished with a combination of hard wax and acrylic to develop the smooth surface and glow.