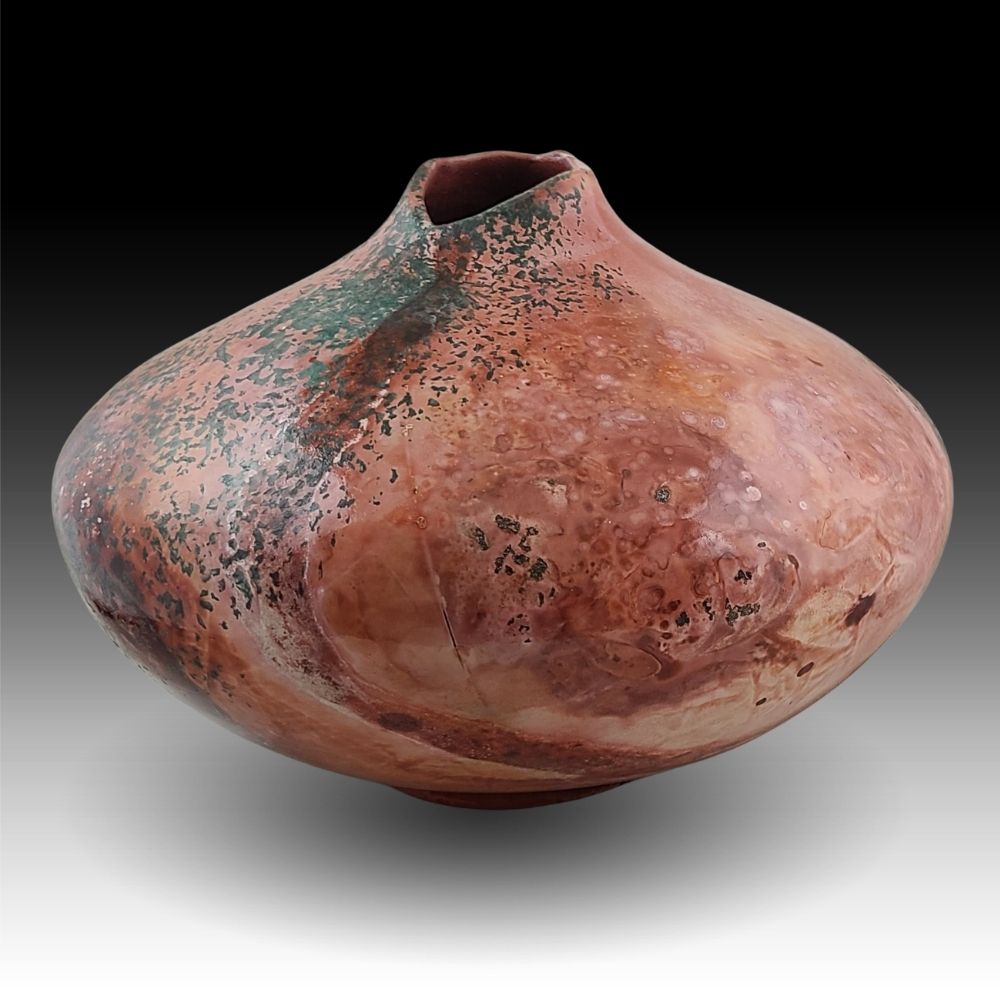 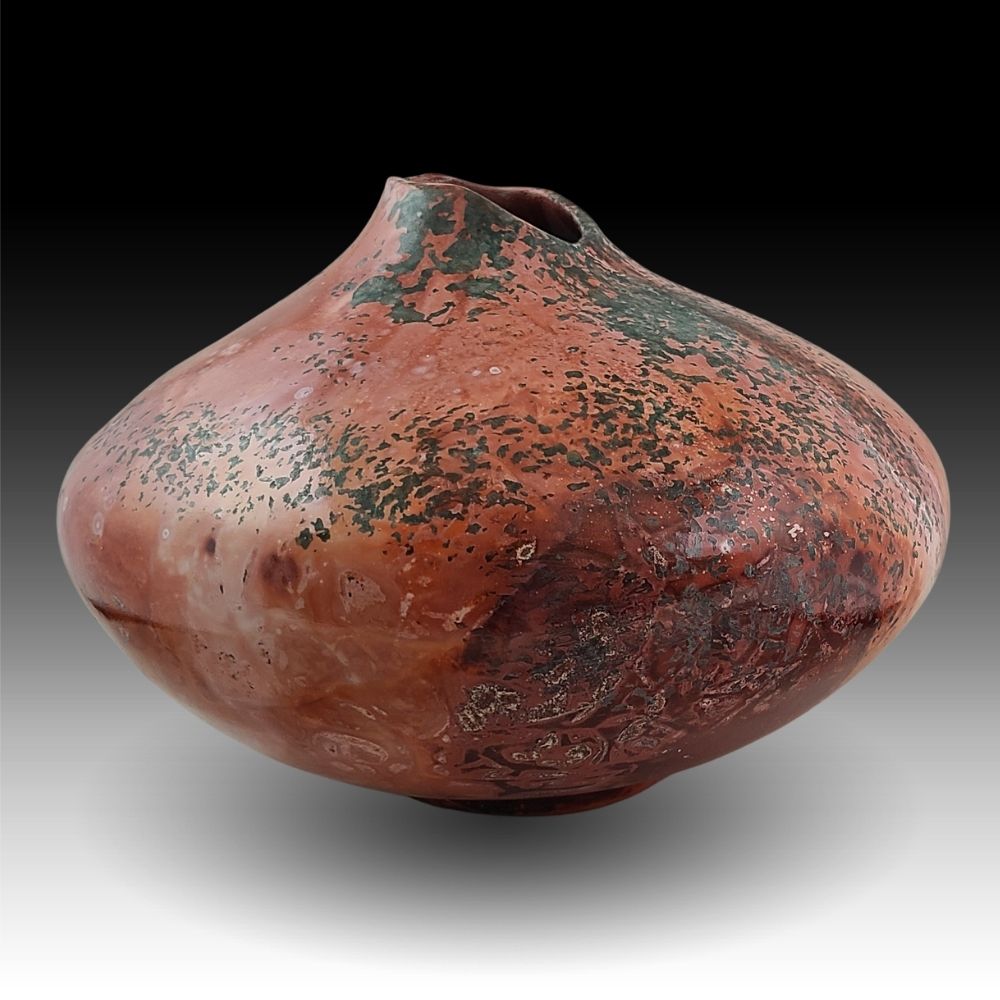 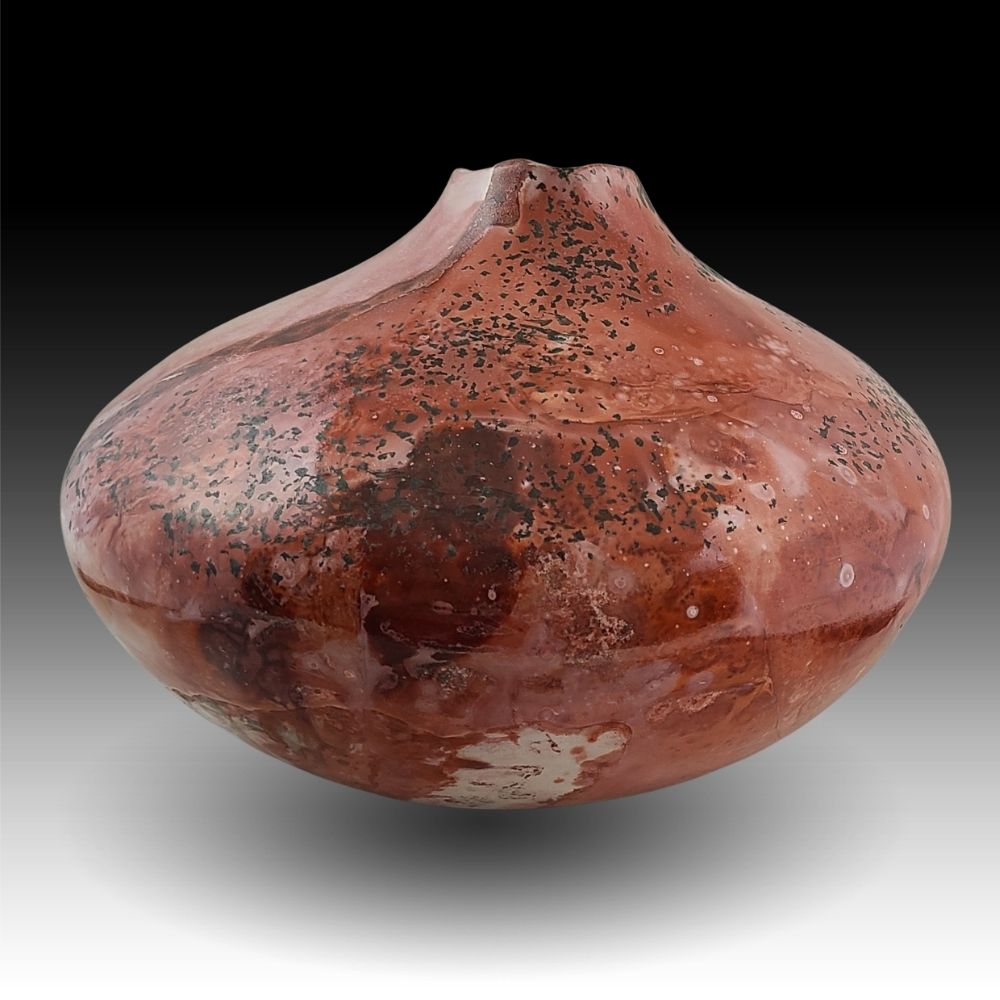 Fancy Fumarole – a humorous name, but indicative of the volcanic origin of many of the substances with which I create my work. For instance, ferric chloride, the liquid iron source responsible for the pink/red/orange/purple part of the color spectrum that develops in a saggar firing, is emitted as a gas by small volcanic vents known as fumeroles. In liquid or gas form, it’s not friendly stuff. But when fired and rendered inert, it’s not only harmless but very beautiful.

Fancy Fumerole is hand-built with my favorite Laramie Formation pure white native clay, which I dig and refine myself.

My current preferred firing method, fumed saggar firing, actually requires 2 firings – one to 1763ᵒF to harden the clay, with nothing more than a super-refined white slip air brushed on the bone-dry piece, and perhaps a little additional color, in this case some more of that white slip tinted with copper carbonate and chrome oxide, blotted onto the surface.

The second, more dramatic firing creates the rest of the color. Once immersed in ferric chloride and dressed with various combustible elements such as sawdust, sugar, copper wire and horse hair, each piece is tightly wrapped in crumpled aluminum foil, loaded into the kiln and allowed to fume while firing to the target temperature of 1300ᵒF when I shut down the fire.

The work is then removed from the kiln after cooling to <200ᵒF, gently washed, dried and vigorously burnished with a combination of hard wax and acrylic to develop the smooth surface and glow.