A Bowl Full of the Universe 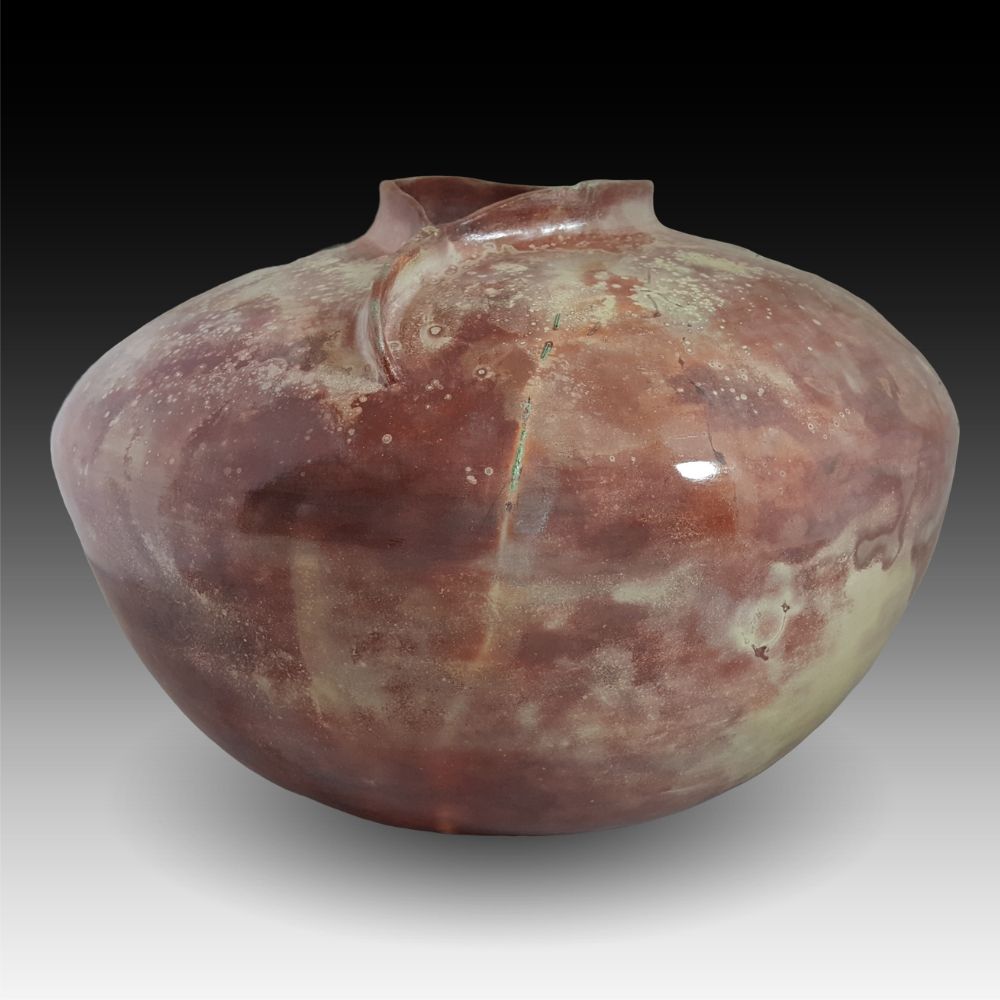 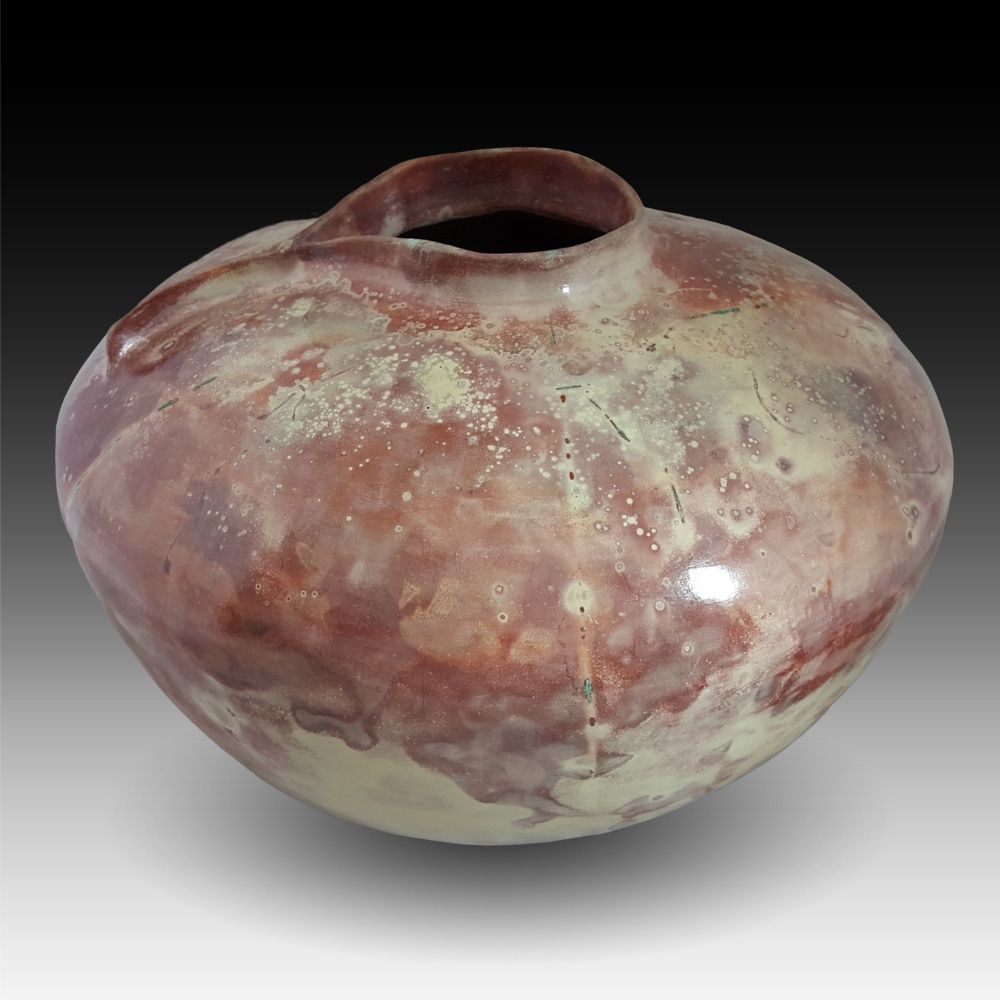 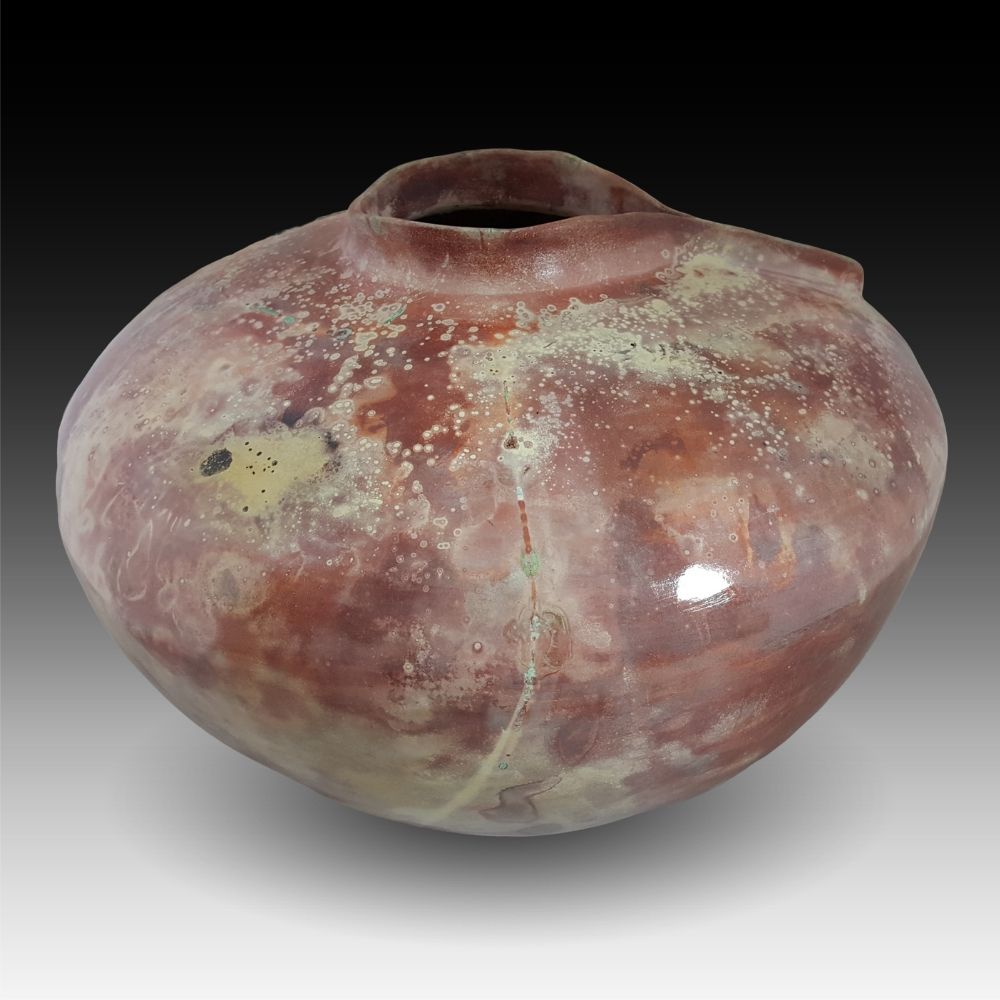 “A Bowl Full of the Universe” is named for the star clusters and orbital paths that appeared under the saggar wrapping as it fired. This piece has a “history” shall we say. I built it in 2003 and it moved with us twice, from Colorado Springs to Woodmoor, in 2004 and again from Woodmoor to Buena Vista in 2015. I had no way to fire anything during these years, and actually didn’t produce any finished work again until the fall of 2017 when I FINALLY was able to get a kiln built here at our new home in BV. It was greenware all that time, which with most clays would mean it would be in one hundred pieces after the first move. But my hand-dug native porcelain is strong stuff, one of the reasons I love to use it and am willing to dig and refine it be hand rather than buying commercially prepared clay.